Longest wall, largest population, longest bridge… If China did break some famous and impressive records, it is  also known for ranking first when it comes to funnier and more random Guinness records.

2,016 people gathered outside of a shopping mall in China to break to record of the largest human mattress dominoes and set up a chain reaction that lasted for 14 minutes and 47 seconds. 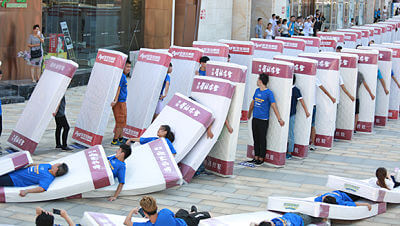 The organizers ended up donating mattresses to charity.

2. The largest collection of clothing tags 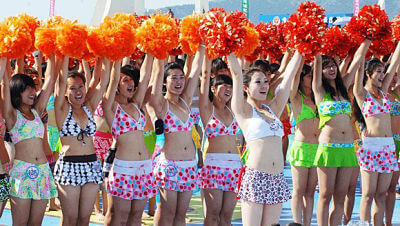 Over 40,000 volunteers helped breaking the record of the largest bikini photo shoot. 3,090 women aged from 4 to 69 set the record at the International Swimsuit Festival.

4. The most people eating breakfast in bed 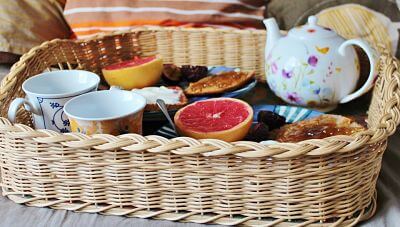 The best to start off a Sunday is with breakfast in bed. But it is not so romantic anymore when you are in a bed with more than 400 other people! In 2015, 418 people broke the record of the most people eating breakfast in 113 double beds placed outside a hotel.

5. The most people on a single bed

Speaking of mattresses, with 54 people squeezing on a single bed, the record was knocked on in 2013 in Beijing.

6. The most people applying lipstick

5,840 people gathered in China in 2015 and broke the record the most people applying lipstick! The event was launched by Mary Kay on the brand’s anniversary. 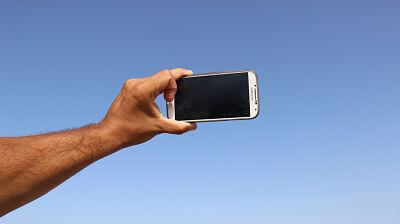 From 2 December 2016 to 16 December 2016, Vivo collected 226,785 self-portrait photographs aka selfies during an event the smartphone company had organized in Beijing.

8. The most robots dancing simultaneously 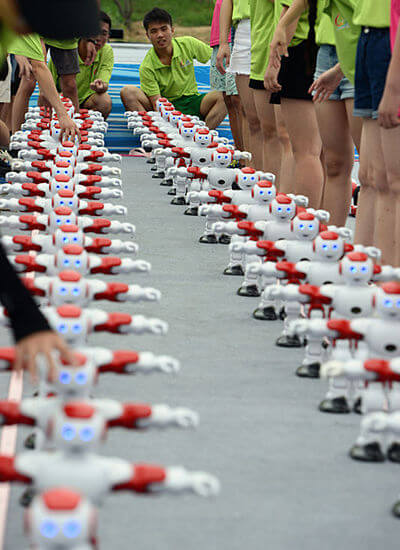 1,007 danced simultaneously in 2016 in unison for a 60 second routine. Ever Win Company & Ltd. originally organized the event promote their products.

9. The most nationalities in a sauna 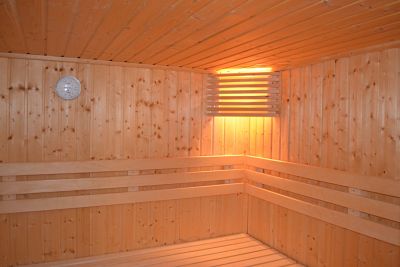 In 2013, a Japanese sports drink brand launched an event to promote the benefits of its products and gathered 99 people from different nationalities in a sauna.

Organized by Guangqi Honda Automobile Co., the longest karaoke marathon (by multiple participants) lasted  for 792 hours 2 min between 22 May and 24 June 2014. 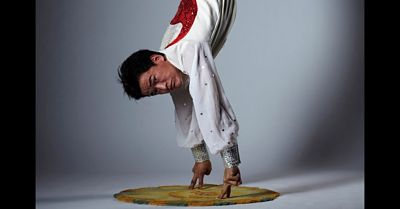 In 2008, Wang Weibao balanced on his four fingers for 19.23 seconds. Sounds painful!

We know dragons’ importance in the Chinese culture… The largest human dragon was achieved in China with 1,973 participants.