I wanted to tell everyone about my trip to the Formula 1 UBS Chinese Grand Prix race last weekend. If you’re looking for a great way to spend your weekend while teaching abroad in Shanghai, it’s a pretty amazing way to spend a Sunday.  In true Chinese – Shanghai fashion, they went above and beyond on constructing this track. From what I read, it is the most expensive track on the entire circuit. Looking at the pictures, I think you’ll understand why. 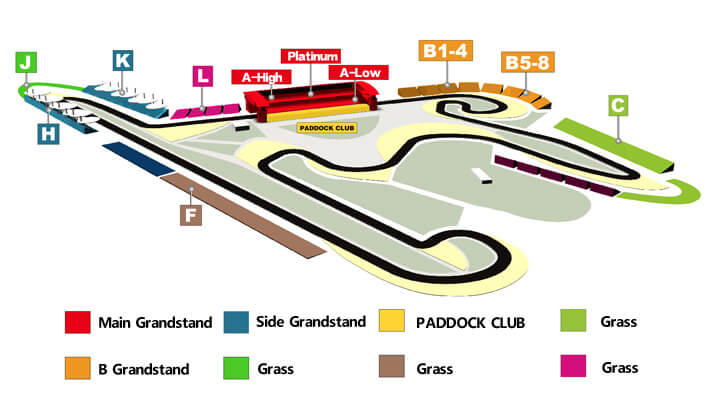 Getting to the track is very easy. I don’t know which came first, the track or the metro line that gets you there, but when you step off the train you’re pretty much at the main entrance.  From where we live in the Xuhui district, it took me about an hour each way.  I rode on the train with a couple guys from England that had come into town just for the race. They told me they spent 600 RMB roundtrip for a private car to get to the track on Saturday. We all rode the train on Sunday for 10RMB roundtrip and it took the same amount of time! Speaking of the English, this race must have brought out every European in China. It was by far the most English I’ve heard spoken since we moved here.

Once you’re off the train, before you actually enter the gates at the track, there was your normal fan-fare type stuff set up. There were some great cars on display, like Maseratis and Lamborghinis. This was also your last chance to get cheap food and drinks (or so I thought). Once you head inside you really start to get an idea for how much they put into this track, amazing attention to detail. There were 4 stages set up with live music, a small go-kart track and many other car manufacturers had their own setups. Mercedes had a full fleet of cars including a really wild looking concept car. Porsche was also in full force with at least one of every model they make.

After first entering the track, I didn’t have a lot of time to spend at these displays as the first race of the day, the Porsche Asia cup, was starting at 11:30 am.  I had purchased the” new business owner budget ticket” in an area called the “grass-stand”. I made the 2-kilometer walk from the main grandstand over to a huge grass field.  Turns out that this is a great place to watch the action because you’re not confined to only one point of view at your particular seat, and this grassy area gave me a view of turns 1-7 and 2 nice straight-aways where the cars reached 295KPH (183MPH). Not as fast as the main two straights, but still very impressive to see!  The Porsche race was a great way to start the day and really acted as an excellent gauge to judge just how incredible the F1 cars really are. 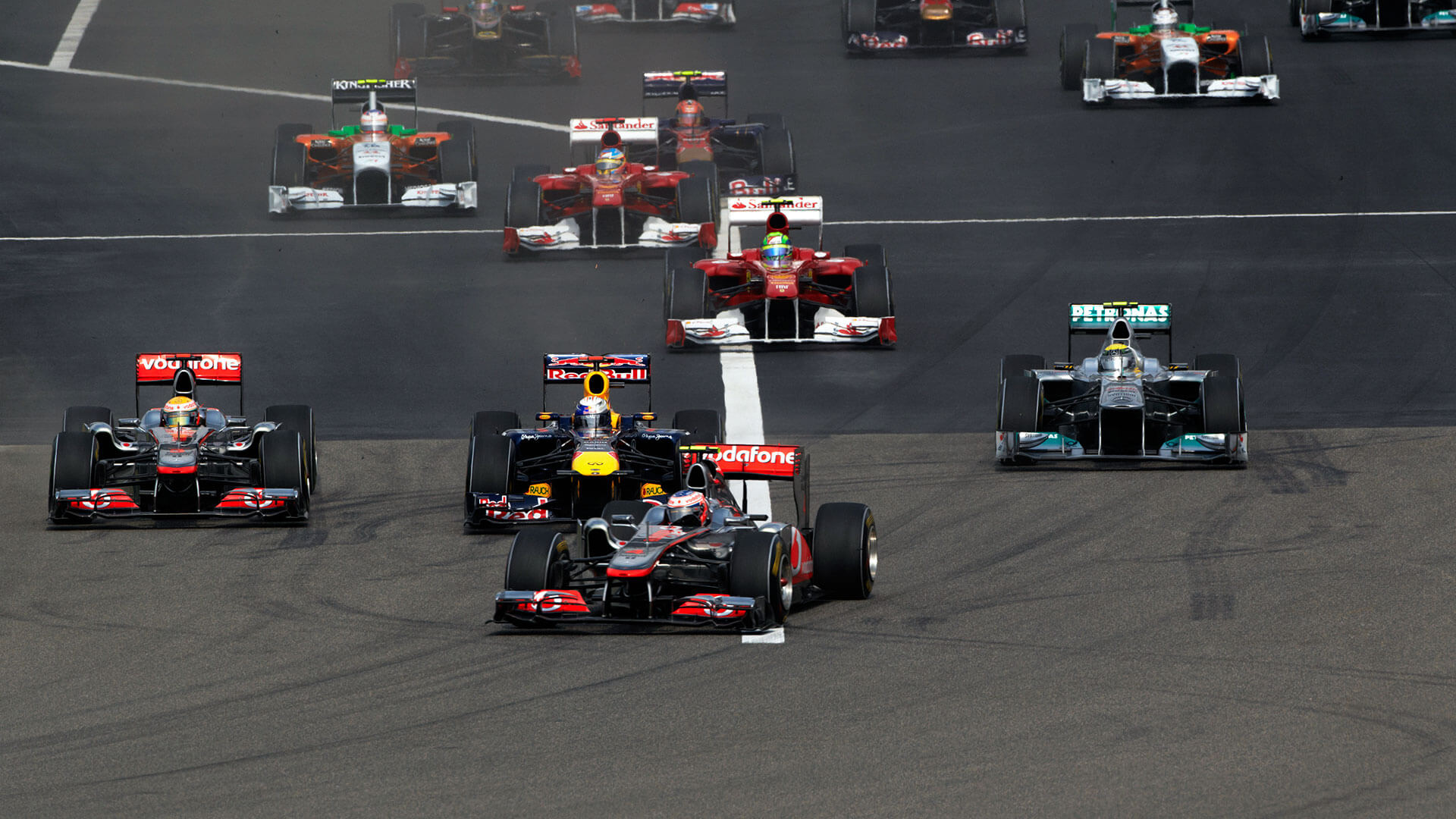 After some great action there, I had a few hours to meander around the track and take in the sights and displays.  One of the most interesting sights turned out to be the local vendors. These guys drag their coolers, BBQs, and bags of souvenirs right up to the fences and sell the stuff to the people inside the race. The security couldn’t care less! Inside the track, in some cases meaning 40ft from the guys at the fence, you would pay 25 RMB for a hot dog and 25 RMB for a can a beer. If you’re like me, then you just go to the fence and buy a hot dog for 5 RMB and a six pack of beer for 25 RMB! What a joke! Surprisingly, there are still lines at the vendors inside the track?!

Around 3:00 pm it was time for driver introductions and the parade around the track. I hustled back to the “grass-stand” and waited anxiously for the drop of the green flag.  When the pack took off it was like a tsunami of power coming your way; it gave me the chills as they went by for the first lap. I was positioned midway down the first straight-away and hearing the loud pop as they up-shifted and accelerated was just amazing.  The amazing handling and acceleration made the Porsches I watched earlier look like Grandma’s station wagon.  Regardless of a couple incidents, the race ran without caution all 56 laps. Despite qualifying first and leading much of the race, Sebastian Vettel was passed by Lewis Hamilton in the closing laps. It was a great win for Hamilton. Vettel, who has been seemingly unstoppable so far this season, won the first of the 2 races of the season but had to settle for second place. Mark Webber drove an amazing race and finished third after starting near the back of the pack in 18th.

You can watch a 3-minute recap of the race on formula1.com

As the German guys I met asked me at the end of the race, “would I go again?”…Absolutely!