Asian Squat Toilet vs. Western Sit Toilet: The Down and Dirty

If you’ve been teaching in China, then you’ve probably used the so-called squatting toilet. Abhorred my many foreigners, this toilet forces you to squat down when going number two, greatly reducing the comfort of your bathroom visit. Some say it’s a backward and demeaning practice, others laud the squatting toilet for its naturalist approach to bowel movements. Considering the many debates we’ve had with both foreign and Asian colleagues and friends about the benefits and drawbacks of the squatter, we decided to delve into the world of toilets and look deeper into (1) The history of the western toilet (2) The proposed health benefits of the squatting toilets. 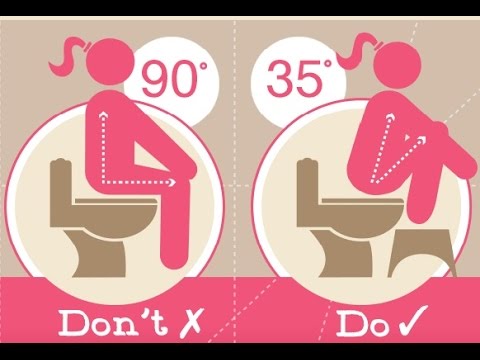 A brief history of the Western toilet

As it turns out, the chair-like toilet that is so now ubiquitous in most of the Western world was actually the domain of the rich and powerful before the mid-19th century. Before that, “throne-like” toilets had only been used by royalty and us common people would simply poop while squatting down to the ground. The arrival of indoor plumbing was in the 1800s; however, this made the “royal” way of pooping available to ordinary folk and gave them the same dignity that was previously reserved only for kings and queens.

The earliest toilets date back to Ancient Egypt. Wealthy Egyptians used toilets with seats made of limestone. Others would typically sit on a wooden stool with a hole in it. Luckily, they took initiative and placed a container filled with sand underneath the stool, and they would empty it after every discharge. Because of Egypt’s climate and lack of water, sewage systems were never developed.

Other ancient civilizations did, however, develop relatively advanced sewage systems. The Indus Valley (2,600-1,900 BC) and Minoan civilizations (2,000 to 1,600 BC) built networks of drainage systems and flushed toilets with water. Rich people would use stools or seats, while those who couldn’t afford such luxuries would make do with squatting. 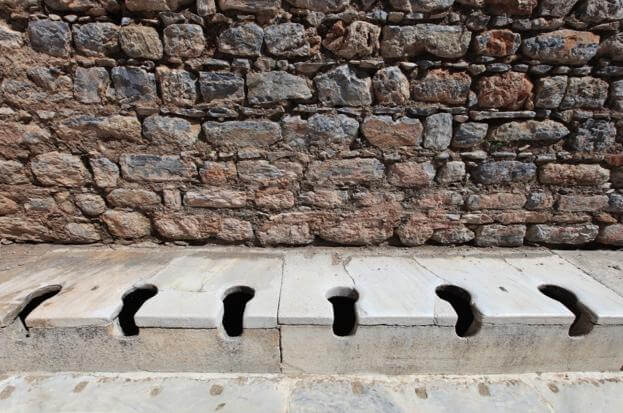 The Romans turned going to the bathroom into a social event and built public toilets with stone seats. Since there was no privacy, bathrooms turned into meeting places for news and gossip. After using the toilet, people would share a sponge a sponge on a stick to wipe their behinds. Some think that this is where the expression ‘wrong end of the stick’ comes from. Wealthy Romans had their own private bathrooms with decent plumbing.

The middle ages were a dark time for toilets. Sophisticated plumbing pretty much disappeared after the fall of the Western Roman Empire, and toilets turned into pits in the ground with wooden seats over them. In the 12th century, monks started building stone and wooden lavatories over rivers and seas, with chutes leading down into the water.

In castles, such a toilet was called a garderobe (“guard the robe”). People would hang their robes in it because they believed the smell would ward off moths (unsurprisingly, it did). In time, the word ‘garderobe’ changed to wardrobe (“ward the robe”).

Still, the majority of people continued to use potties they kept at home. Most streets had water channels that ran down the street, so it was easy to empty the pots. When people chucked their waste out of the window, they would shout “Gardez l’eau”, which is French for “watch out for the water”. We probably get the word “loo” from this expression. Wealthy people used rags to wipe their behinds, while many ordinary people often didn’t bother (this also kept the moths away). 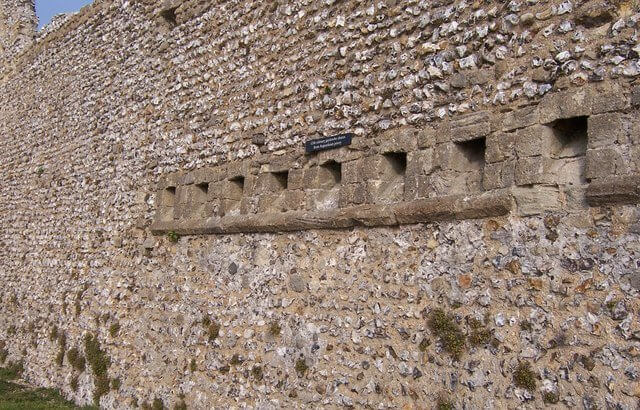 Toilet rebirth (toilets in the Renaissance)

The first modern flushing toilet with a cistern was invented in 1596 by a man called John Harrington. Although his idea didn’t catch on, many people today still unintentionally honor the man when they tell their friends they’re going to the “John”. 1775 is the year that the first patent for a flushing lavatory was granted, but most working class people continued to use porcelain toilet pans. The invention of the modern toilet is often attributed to Thomas Crapper, but this is not true. His name is associated with toilets because his company made them, and the toilets, therefore, had his name on them. 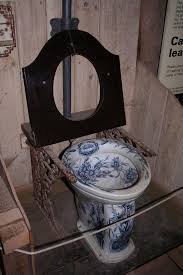 All in all, the flushing toilets of the late 19th century didn’t look too different from the ones you find in public bathrooms today. Despite the progress in the world of toilets, many (Western) people in rural areas continued to use privies and outhouses until the late 1960s.

Toilets of the future 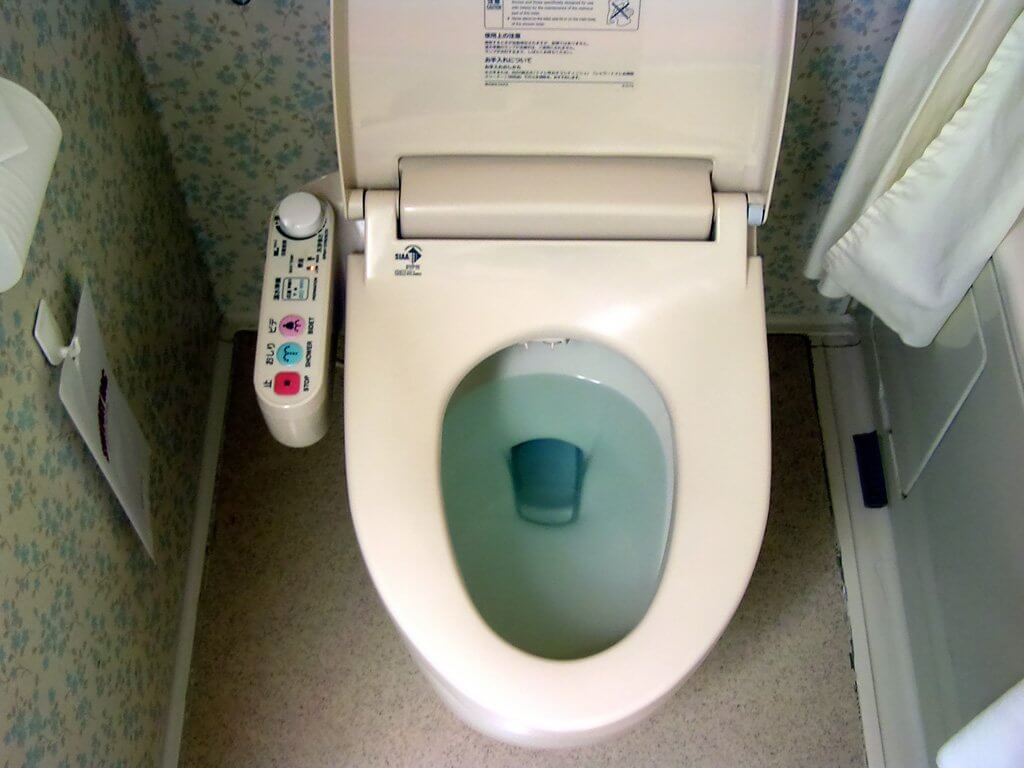 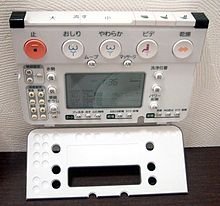 While many Asian countries are still home to “ancient” squatting toilets, the far-east is also the area where most of modern-day toilet R&D is done. Toilets in Japan boast a baffling array of features. From preheated toilet seats to integrated bidets, it comes as no surprise that Japanese companies control 90% of the global high-tech toilet market share.

Over time, Western toilets have become synonymous with progress, modernity, and hygiene, but it’s doubtful whether the first inventors of the modern-day flushing toilet had any knowledge of human physiology. In fact, after Jimmy Carter had to take a day off from work in 1978 because of a severe case of hemorrhoids, a proctologist famously explained to Time Magazine that “we were not meant to sit on toilets, we were meant to squat in the field.” Recent research suggests that there are numerous health benefits to using the squatting position, especially when it comes to hemorrhoid prevention. 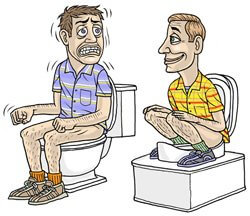 2. Protects the nerves that control the prostate, bladder, and uterus from becoming stretched and damaged.

4. Relaxes the puborectalis muscle which normally chokes the rectum in order to maintain continence.

5. Uses the thighs to support the colon and prevent straining. Chronic straining on the toilet can cause hernias, diverticulosis, and pelvic organ prolapse.

6. A highly effective, non-invasive treatment for hemorrhoids, as shown by published clinical research.

7. For pregnant women, squatting avoids pressure on the uterus when using the toilet. Daily squatting helps prepare one for a more natural delivery.

There surely is something to be said for using the squatting toilet/position when going number two, and it will aid in the prevention of a series of ailments. Plus your average time on the toilet is greatly reduced – unless you squat there for an extended period of time scrolling through social media on your phone.

That being said, most of us still value comfort and luxury over the (relatively minor) health benefits, and it’s doubtful whether the squatting toilet will ever become a fad in the west. For those of you in China or other parts of Asia, let us know what your preferred toilet is!

If you’re now completely sold on moving to Asia, learn more about living in China here!